1.- Describe your desired wine tour for a day.
2.- We propose you the best options for visiting our wineries, vineyards, … or taste the famous Ribera del Duero wine.
3.- Book the tour, it will be unforgettable !.

Madrid is the capital of Spain, the city that never sleeps and one of the funniest cities in the country, full of palaces, museums, cafes with their traditional tapas, monumental squares, lots of art and culture.
Each year it receives more than 7 million tourists, and is considered one of the most visited places in the world; But if you really are a wine lover, you cannot miss the Ribera del Duero with one of our one-day Wine Tours from Madrid to Ribera del Duero, since this famous region is only 2 hours away from the capital.

You have three different options to arrive:

From Madrid you can take the bus that takes less than 2 hours to reach Aranda de Duero and costs 6.70 Euros / ticket.

We will wait for you at the Aranda de Duero bus station to start the tour together, and after having enjoyed our day together, we will leave you again at the station in time to return to Madrid.

Aranda de Duero is located 1 hour and 45 minutes by car from Madrid, about 160 km. The easiest way to get there is by the North motorway or A-1 that goes directly to Aranda De Duero, it has no loss! There we will pick you up at a predetermined site.

We will pick you up and leave you at your hotel in Madrid or another nearby city, to take one of our Wine Tours from Madrid to Ribera del Duero

Help Me Plan My Trip 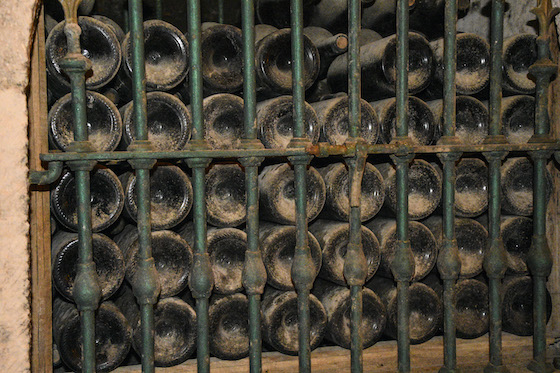 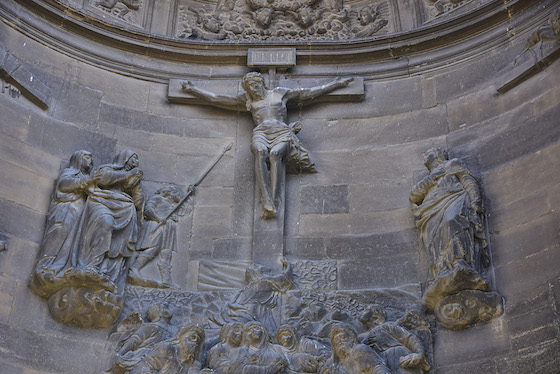 I love staying near Puerta del Sol, one of the most popular squares in Madrid where the two emblems of the city are located, the “Bear and the Madroño” symbol of Madrid and usual meeting point of the locals, and the tile that represents the “Kilometer Zero” of the Spanish roads and that if you step on it, you will surely return to Madrid!

In our Wine Tours from Madrid to Ribera del Duero we explain that many of the Madrid squares there is a king on horseback, in the Puerta del Sol we have Carlos III and a few meters from the Plaza del Sol is the Plaza Mayor, ordered to be built by Felipe II in the 16th century with a hectare of surface and 237 balconies, one of the largest in the country, and with the statue of Philip III on horseback. Here stands out the Arco de Cuchilleros, one of its 9 access doors, the Bakery House of 1,590, and this square is always very crowded, especially because next to it there are many of the best places in Madrid to eat tapas.

You can not miss the Royal Palace, National Heritage of Spain, commissioned to build by Felipe V and was built between the eighteenth and nineteenth centuries and is the largest in Western Europe. It has 135,000 square meters and 3,418 rooms, but it is only used for official ceremonies, since the current kings have another residence in Madrid.

In front of the Royal Palace is the Plaza de Oriente where in the center is Felipe IV on horseback, and there you can also see the incredible gallery of marble kings sculpture that decorate this square.

In our Wine Tours from Madrid to Ribera del Duero we recommend some really “like a native” meals you have to do it in one of its multiple terraces and enjoy the most authentic tapas in Madrid, the squid sandwiches with a “cañita” (normally tap beer), I also recommend walking through its alleys surrounded by sculptures and churches, and entering the San Miguel Market, one of my favorite places to go for tapas and built in the early twentieth century, where its large windows combine perfectly with its Metal structure and traditional Arab roof tiles.

And if you like museums, the obligatory stop is at the Prado Museum, one of the most important in Europe, where the masterpieces of many of the great European artists such as Goya, Rubens, Dürer and of course Velázquez with their outstanding work, Las Meninas. We also call this area of ​​Madrid the Paseo del Arte, since in this street you will find the most important museums in the country, such as the Reina Sofia Museum, the main center of contemporary art in Spain, where there is an important collection of the main 20th-century Spanish artists such as Dalí, Miró and Picasso, and among all his exhibited works, the Guernica by Pablo Picasso stands out. And completing the art triangle is the Thyssen Museum, where the private collection of the Thyssen male is exhibited, one of the most complete museums in the world with works from the fourteenth century to the present.

Strolling along the Paseo del Prado is a delight, it is the historic avenue with gardens and forests of the year 1,570. The Fountain of Neptune, next to the Plaza de la Cibeles, the Fountain of Apollo and the Puerta de Alcalá make up the sculptural hall of the Prado, open-air masterpieces inspired by Greco-Roman mythology.

Another place where I love to walk is what we call “Manhattan of Madrid”, the Retiro Park, with 125 hectares and more than 15,000 trees began to be built in the seventeenth century. Here the people of Madrid play sports, and they meet as a family almost every day. It has several gardens but the most important is that of Cecilio Rodriguez where fountains, pergolas and ponds, remember the Hispanic-Muslim art along with beautiful peacocks

Many travelers from all over the world visit this amazing city and make one of our Wine Tours from Madrid to Ribera del Duero.

Ask For Information Or Reserve Today

Our Wine Tours are designed to blend you in like a native, not to stand out as a tourist. Don’t just visit Ribera del Duero Country (Spain), come experience it with local friends!

If you continue using this website without changing your cookie settings or clicking "Accept" you will be giving your consent to this. más información