1.- Describe your desired wine tour for a day.
2.- We propose you the best options for visiting our wineries, vineyards, … or taste the famous Ribera del Duero wine.
3.- Book the tour, it will be unforgettable !

Valladolid is the capital of Castilla Leon, the city of the Pisuerga River, and it is a city with a lot of history, which collects data that not many people know, like what was the capital of Spain and where Cristobal Colón, discoverer of America died.

We start our tours in cities very close to Valladolid, such as Penafiel and Cuellar. Both are less than 1 hour driving from Valladolid, so you can easily go to these cities to start our tour together (by bus or with your own car), or we can even pick you up and drop you off in Valladolid. Please, find below all the information to take one of our Ribera del Duero Wine Tour from Valladolid.

Please, click here if you want to learn more about Penafiel and stay in a charming medieval town.

You have three different options to arrive to Penafiel:

Penafiel is a 45-minute drive from Valladolid, about 55 km away. The easiest way to get there is by the VA-11 / A-11 or Autovía del Duero until you reach the N-122 that goes directly to Penafiel. There we will pick you up at a predetermined site.

We will pick you up at your hotel in Valladolid or another nearby city, to take our Ribera del Duero Wine Tour from Valladolid

Transportation from Valladolid to Cuellar:

Valladolid is 56 kilometers from Cuellar (about 40 minutes driving), so we can do a Ribera del Duero Wine Tour from Valladolid in just one day.

Please, click here if you want to learn more about Cuellar and stay in a charming medieval town.

You have three different options to go to Cuellar:

From Valladolid you can take the bus that takes 50 minutes to reach Cuellar.

Cuellar is located 40 minutes by car from Valladolid, about 56 km. The easiest way to get there is by the A-601, known as the Pinares motorway that goes directly to Cuellar, it has no loss! There we will pick you up at a predetermined place.

We will pick you up at your hotel in Valladolid or another nearby city, to take our Ribera del Duero Wine Tour from Valladolid

Help Me Plan My Trip 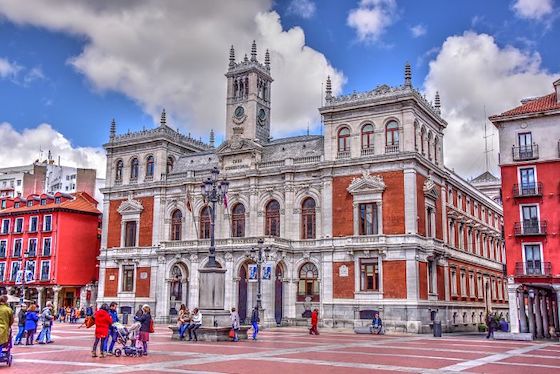 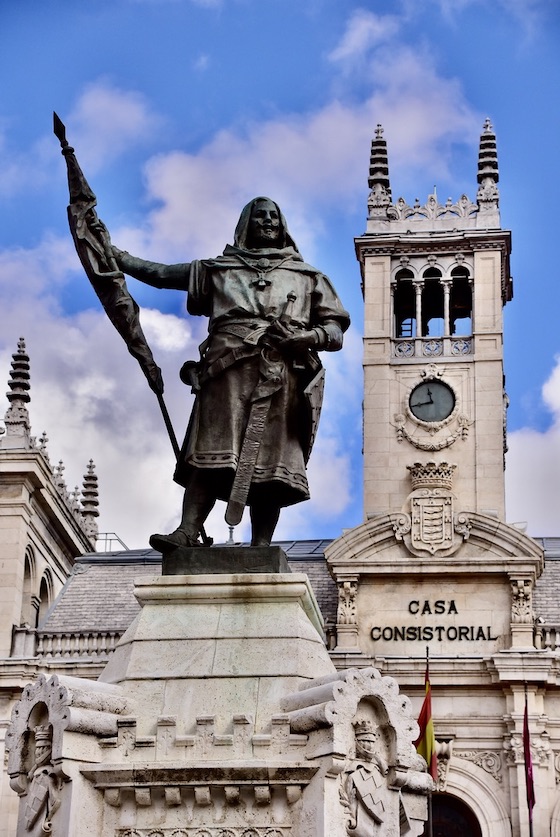 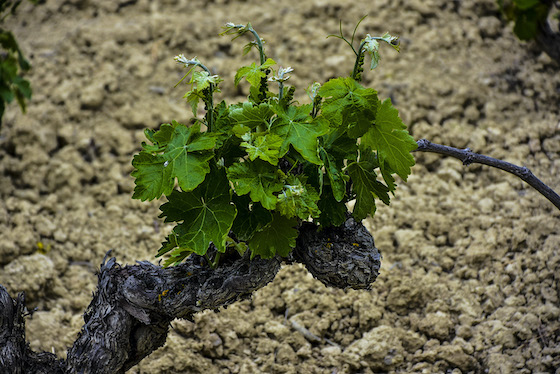 The ideal place to start the Ribera del Duero Wine Tour from Valladolid is the Plaza Mayor of Valladolid surrounded by buildings with arcades, not only because it is the center of the city but because there is a parking lot that comes great if you arrive by car . It was built in the second half of the 16th century, being the first regular main square in Spain.

Presiding over the square is the City Hall of Valladolid, and in the center a monument to Count Pedro Ansúrez, founder of the city.

North of the Plaza Mayor we will see the Church and Monastery of San Benito, with great historical relevance, since it was the most important of the Benedictine Order in Castile.

In front of the Church is the Mercado del Val, the first bioclimatic market in Spain that with our Ribera del Duero Wine Tour from Valladolid will discover the traditional cuisine of Valladolid. So are the streets around the Plaza Mayor, where it is full of bars to taste the best tapas in the city, among illustrious names, many related to the world of letters, such as Cervantes and Zorrilla.

You can also see St. Paul’s Square, surrounded by stately homes and some of the most important civil and religious buildings in the city and chaired by the statue of Philip II. Around it is the Royal Palace, where Felipe III lived and ruled the country from his stays when Valladolid was the capital of Spain, as well as the Pimentel Palace where Felipe II was born in 1527 and today the seat of the deputation.

You can also see the Colegio de San Gregorio, which is now the National Sculpture Museum, with the largest exhibition of polychrome sculpture in the world, the Church of Santa María de la Antigua dating from the eleventh century although the oldest remains are the century XIII, considered one of the best examples of Romanesque in the city, the Cathedral of Our Lady of the Assumption, which we call the unfinished one because only 50% of the ambitious original project was built, and right next to it you can see the ruins of the Collegiate Church of Santa María La Mayor, and in the surroundings you can see the building of the University of Valladolid in the Baroque style and the Palace of Santa Cruz in the Renaissance style.

On our Ribera del Duero Wine Tour from Valladolid we always go to Pasaje Gutiérrez, one of the only 3 Parisian-inspired commercial galleries in Spain.

Another of the most lively squares in Valladolid is the Plaza de España, (or Spain Square) especially for the fruit, vegetable, and flower market that is installed every day around the children’s fountain.

In Valladolid you can see 3 different house-museums, the Cervantes House-Museum, where the author of Don Quijote de La Mancha lived from 1,603 to 1,606, the House of Columbus and the House of José Zorrilla, author of Don Juan Tenorio, who also has a square, the Plaza de Zorrilla, chaired by a statue of the poet and playwright, where there is a fountain with more than 400 jets of water. Around it is the Mantilla House, and the monumental building of the Artillery Academy.

Next to it is the Campo Grande, the largest and most visited urban park in Valladolid, an oasis of peace in the hustle and bustle of the city. There is no better plan than to get lost in its paths, surrounded by leafy trees, with the company of peacocks, pigeons and squirrels; the Convent of the Philippine Augustinians where the Oriental Museum is located.

Another mandatory stop with our Ribera del Duero Wine Tour from Valladolid is the Plaza de Colon, presided over by the Monument to the Discovery of America, which we call a monument to Columbus, and the Train Station is very close.

Between the Plaza de Colón and the Plaza de Zorrilla there is the Recoletos sidewalk, a picturesque boulevard to discover the Valladolid-Burgués full of buildings such as the Prince’s House or the Resines House. From here we can take advantage of the “Pisuerga passes through valladolid” to discover the more than 10 bridges that join its banks, its river beach or even dare to take a boat trip aboard the “Legend of Pisuerga”.

On the other side there are also some points of interest such as the Science Museum designed by Rafael Moneo and Enrique de Teresa or the Millennium Square.

Many travelers from all over the world visit this amazing villa and make one of our Ribera del Duero Wine Tour from Valladolid.

Ask For Information Or Reserve Today

Our Wine Tours are designed to blend you in like a native, not to stand out as a tourist. Don’t just visit Ribera del Duero Country (Spain), come experience it with local friends!

If you continue using this website without changing your cookie settings or clicking "Accept" you will be giving your consent to this. más información